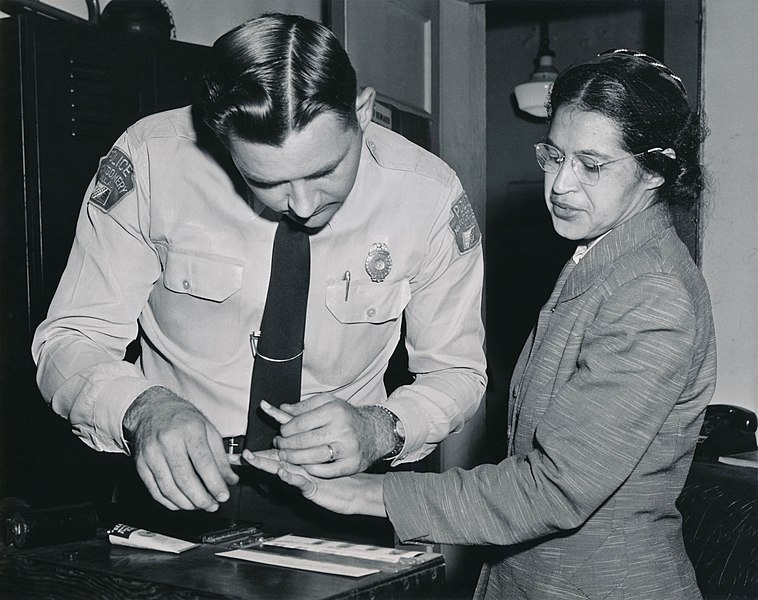 Recently during Black History Month in February, C-Span 3’s American History TV aired a history lecture from Wellesley College Professor Brenna Greer. Professor Greer, an African American woman, aimed to deconstruct the myths surrounding Rosa Parks as just a Black woman who had had enough when she refused to give up her seat on a bus in Montgomery, Alabama on December 1,1955, and that the Montgomery Bus Boycott was short and successfully ended segregated busing.

There are a few major points in her argument regarding Rosa Parks. One, that Rosa’s actions were not done on a whim; that they were deliberate, planned and coordinated. This was also the case of Homer Plessy on a train car in Louisiana in 1892.

Two, that Rosa was not “the first” Black woman to take such an action. In fact, Ida B. Wells, a Black female journalist who publicized lynchings of Black Americans in the late 19th century, had also challenged racial segregation in the 1880s when she refused to move from her seat on a train on May 4, 1884.

Flowing along the myths is the question of why. Why was it necessary to create such myths about a woman and an action of civil disobedience that led to a historic transformation in America’s story?

At one point, Professor Greer asks students to raise their hands if they first learned about Rosa Parks when in elementary school. Most hands went up. But when asked if they learned anything about her in high school, it was a very different story as just two or three hands were shown. Greer attributes much of this to the false notion that children need very simple characters, when in reality, in Greer’s view, children, whose minds are “very flexible,” could certainly understand a more complex character, like the real Rosa Parks.

As for adults in the 1950s, if one pictures Rosa like the sweet, “middle class” and light-skinned Black woman as she can be perceived by the picture below, she is easier for the public to swallow.

According to Greer, she was typically described as an “elderly seamstress with tired feet” and “many news accounts didn’t even give her name.” Rosa was 42 when she made history. Contrast that with Ida B. Wells, who appears strong and hardened by her experiences in the Jim Crow South. Wells’ own printing outfit was burned down by a white mob.

Additional challenges to segregated transportation from Black Americans in the same year that Rosa made history are also highlighted, including those of Claudette Colvin, Aurelia Browder and Mary Louise Smith. As Professor Greer put it, “We need to scratch off that Rosa Parks was ‘the first.'”

Professor Greer seems to argue that the leaders of the Civil Rights Movement in the 1950s had smartened up to the fact that the press would not show as much attention, and the public would not show as much sympathy, to a Black woman who looked like Claudette Colvin or the other women, who the public would perceive, through media accounts, as “too dark” and “too poor.”

To clear up the myth from the “fairy tale” that the Montgomery Bus Boycott was short, Ms. Greer points out that the it lasted 381 days. She poses the question “How long do you think most people, if not yourself, thought the boycott was?” Answers appeared to range from a few weeks to a couple months. The extensive length of time, over a year, is evidence of just how ingrained segregation was in the South. It took Browder v. Gayle (yes, that’s Aurelia Browder), a lower court case that challenged Montgomery’s racial segregation on public buses, which eventually reached the Supreme Court, to finally see an order for integrated buses in Montgomery. A few days later, on December 21st, the leaders of the movement decided to set foot on Montgomery buses once more.