The First Amendment (as part of the Bill of Rights in the U.S. Constitution) reads as follows:

Congress shall make no law respecting an establishment of religion, or prohibiting the free exercise thereof; or abridging the freedom of speech, or of the press; or the right of the people peaceably to assemble, and to petition the government for a redress of grievances.

But what does it all mean? Am I allowed to say whatever to whoever I please while being protected from any kind of consequence or penalty? What am I assembling? Here are a few explanations for each of the five freedoms within the First Amendment:

This freedom protects U.S. citizens from (1) being subjected to a state-sponsored religion and (2) being prohibited from freely practicing the religion one chooses. However, this freedom does not allow someone to establish say, a religion that involves human sacrifice, or something extreme in nature (I know, it’s crazy that I have to point that one out). It’s important to remember that many of the British colonies in what is the present-day United States were founded for religious reasons (e.g. Pennsylvania, Massachusetts Bay Colony); that is they wanted to protect themselves from the religious persecution that they had endured in Europe. So it should be no surprise that the Founders made sure that this freedom would continue to be protected.

The most widely misunderstood freedom within the First Amendment, freedom of speech simply protects you from being silenced by the government. You can criticize the president in public, and not be fined or thrown in jail for doing so. You can write a blog about how Supreme Court justices should have term limits, and an unmarked white van will not suddenly appear outside your house. I say freedom of speech is widely misunderstood because many people think it protects you from being silenced by your employer or fired for saying something that goes against your employers policies (it does not), or that it allows one to “roast” somebody else, as many students tend to believe. Again, it’s about the freedom to speak freely about government, without repercussions.

Freedom of the Press

Like freedom of speech, freedom of the press ensures that newspapers, magazines, radio shows, podcasts and other publications are free to criticize the government. This is not to be taken for granted, as there are several countries in contemporary times that do not exercise this freedom (China, North Korea, Syria, to name a few). Among other things, the lack of press freedom means that students in China cannot freely look up a YouTube video of the incident known as Tiananmen Square from 1989, when students in Bejing, China (and many other Chinese cities) protested for more democracy and freedom of speech, and one man stood in front of a tank and would not move for several minutes (he was later pulled away by onlookers)! Nor can they find a Chinese newspaper that will explain the history of the incident to them, including how hundreds of protesters were killed.

This is the right, as Martin Luther King, Jr. said on the night before he died, “to protest for rights!” The amendment is pretty clear on this one: you must do so peacefully. Throwing rocks or other forms of violence are not protected. But standing in front of the White House lawn with your fellow Americans in protest of the policies of the president is protected. So is protesting the lack of bipartisanship in Congress on the steps outside of the Capitol Building (where Congress works).

This freedom is a soft form of political persuasion. Imagine that you have an idea for a law that you would like your member of Congress to introduce in the House. You write a summary of the law, then you go out into your community and pitch the idea to everyone you see. Anyone that thinks it’s a great idea signs their name on a piece of paper (your petition). You get a few thousand signatures and are very proud of what you’ve accomplished. You then mail or hand deliver your idea with the thousands of hard-earned signatures to your member of Congress. You’ve just exercised your freedom of petition!

Teachers – How do you teach?

To any social studies teachers who read this blog, what are your ideas for teaching this critical topic in American government or civics courses? Share them below. 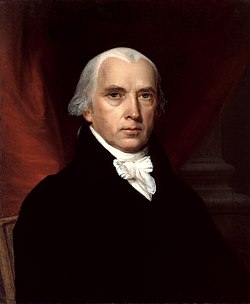 Have you ever sent an email, only to realize afterward that you misspelled a word or used poor grammar? Unfortunately, there’s no rewind when it comes to sending an email, so it’s important that you get it right the first time. What follows are four great tips that you can use to insure that you send a professional email every time:

In order to send an email without mistakes, the best thing to do is double-check your efforts.

Areas in an email to double-check include:

Recipients – is everyone that needs to be included in the email, included in the right field (To/Cc/Bcc)? It’s not uncommon to forget to click “Reply All” when responding to an email that was sent with multiple recipients.

Tone – is the message in the email written in a positive and professional tone? Be careful when it comes to tone. Remind yourself of how you’d like to be talked to. Do not reprimand your customers!

Spelling, Grammar & Mechanics – Check your spelling (most email platforms include a built-in spell check function. Did you use proper grammar (conjunctions, prepositions, etc) and include the right punctuation (periods, commas, question marks, etc)?

Attachments – Did you mention an attachment in the message and actually attach it? It’s not uncommon to forget that second part! No one wants to receive a second email apology, e.g. “I’m so sorry that I forgot to attach the document in the previous email. Here it is.”

Whenever I receive an important email from a client, the first thing I do after responding to it is move the email to a specific folder. For instance, if it’s a client I deal with on a regular basis, I have a folder named after the client, i.e. emails from SGHS are moved to my “SGHS” folder. Folders make it easier to categorize important messages, while also keeping your inbox clean and without clutter.

Have you ever received an email from a colleague or client with emoticons or emojis in the message? Probably not, and neither have I. Why is this? Because it’s unprofessional. If you like to send emoticons and emojis, make sure you do so only in personal messages, not messages to clients or customers. Even if you are really happy, a smiley emoticon sent to a client is sending the wrong message.

Just like emoticons, avoid playful nicknames and usernames in your signature. Keep your signature professional by including your full name, role or position, company and additional contact info (e.g. phone number). Some might even include an inspiring quote from a influential philosopher or entrepreneur.

That’s it! You’ve now learned great tips that you can use to insure that you send professional emails every time.