A few days ago, I had the pleasure of working with students with behavior and emotional issues. I worked in the afternoon, and the typical class size was around 3-5 when no one was absent. In one particular class, students had returned from the gym, and I was told by another teacher that there was a student who would need one-on-one help and would not be learning the same lesson as the rest of the class. We’ll call him James.

James was the first to arrive, and he came in noticeably upset, sat down, kicked the chair in front of him and exclaimed that he was not going to do any work! The regular teacher kind of reassured him that everything was going to be okay and he could do it. Around this time I introduced myself.

James had a folder with individual work. He took out his worksheet and tossed it on the floor. I noticed as I was standing next to him, and let it go. I’m pretty sure James thought that I was going to pick it up. I didn’t. James also might have expected me to rip into him for throwing the paper on the floor and demand that he pick it up immediately. I didn’t. I waited.

Nearly 3 years ago when I was interviewed by the principal of a rural public school in Virginia, I was asked what my response would be if I had asked an uncooperative student to do his or her work and the student responded “I’m not doing this [expletive] work!”? I said that I would “probably give him a minute.” This was one of my answers that the principal resonated with. It’s one of the reasons I was offered the job.

My principal went on to say how good it was to hear that kind of response because a lot of young teachers (and some experienced) think that the proper way to handle that kind of behavior is to get just as emotional as the student and shout ’em down. A few incidents like that and one quickly learns that all that does is feed into their desires, and reinforce the behavior. 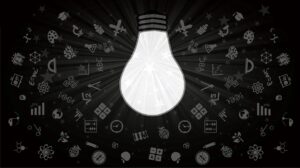 Remain Calm and Think a Few Steps Ahead

Reacting just as emotionally would have had me struggling with James for 30 minutes. I didn’t. James picked up his own paper. A minute or two later as I was sitting on the desk next to his, I asked him a question I already knew the answer to: “So you don’t like math?” He said “I hate math.”

My next move was to lessen the criteria of the objective; the objective of completing with accuracy the front and back math worksheet that dealt with reading time on clocks. The front page had about 5 clocks with the little hand and big hand pointing to different times. Directions asked the student to draw a line matching each clock to the correct written and numerical times that were listed vertically down the paper on the left and right margins. To lessen the criteria, I first said to James, “You’ve got 5 clocks. Can you do 1?” James kind of grumbled initially, sat back on his chair, and a few seconds later leaned forward to begin his work.

He made some mistakes as he went along. We corrected them together. I’d usually point out how he did the previous clock correctly, and suggested he look at it again to answer the current problem. He worked diligently. He did, however, try to get out of doing the last section on the back of the paper, suggesting that he would work on it tomorrow. I asked “Why wait?” He finished with ease.

Reflecting on the whole event yesterday, when James entered the room huffing and puffing, my initial reaction was not “Oh, great, this should be real fun.” Instead, I thought to myself, “This kid needs a minute or two to cool down.” I was right, and my gut told me because of my past experiences working with otherwise uncooperative students (I say otherwise because it’s really all in the approach). Somewhere in the middle of working with James he looked at me and asked, “Are you going to be here tomorrow?” I’m confident that was meant as a good thing.